Wycombe Wanderers have made a sluggish start to the season, with today’s 2 – 4 defeat at Portsmouth was their fifth of the season in all competitions. It’s left the Chairboys one place above the relegation spot with a return to the Conference beckoning twenty-four years after their elevation to the Football League. 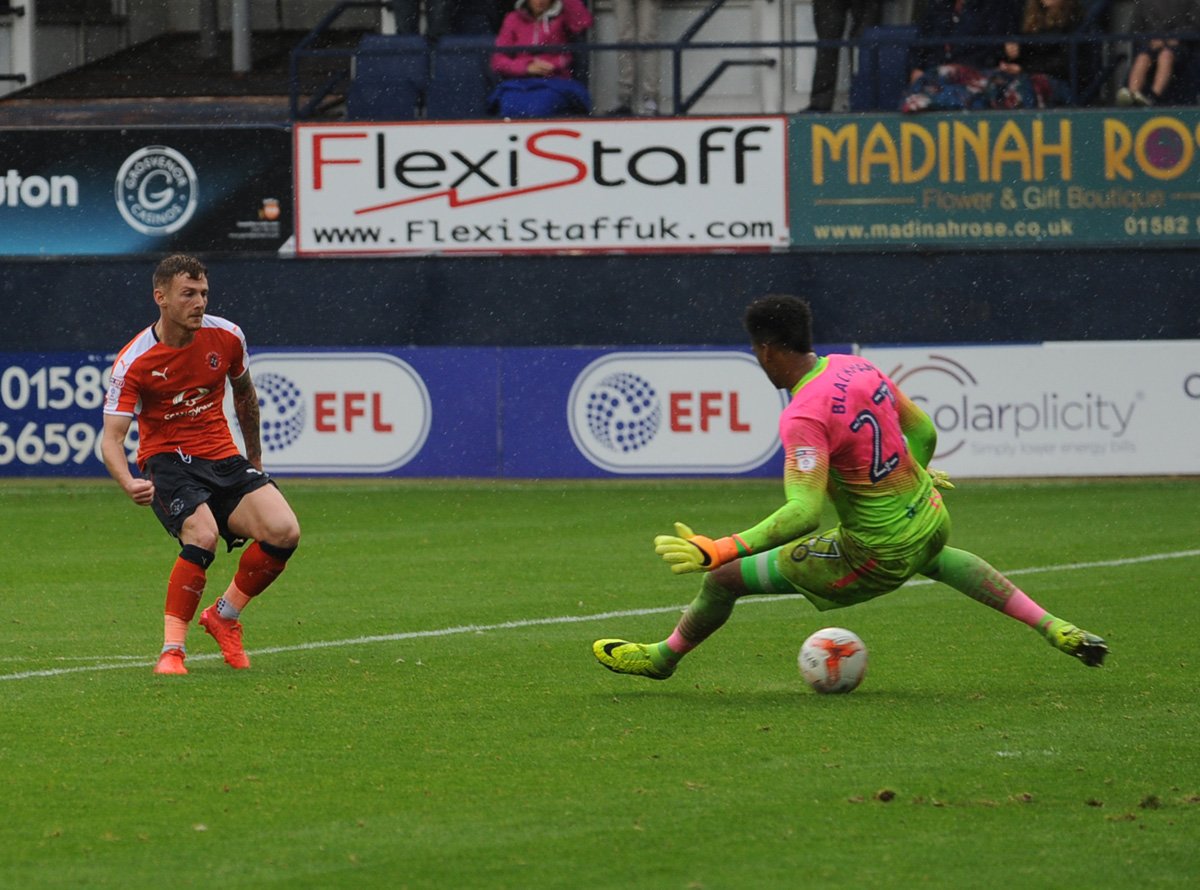 There’s plenty of time for them to improve their position but Gareth Ainsworth will be confident that they can at least match last season’s thirteenth place finish at the end of the season. 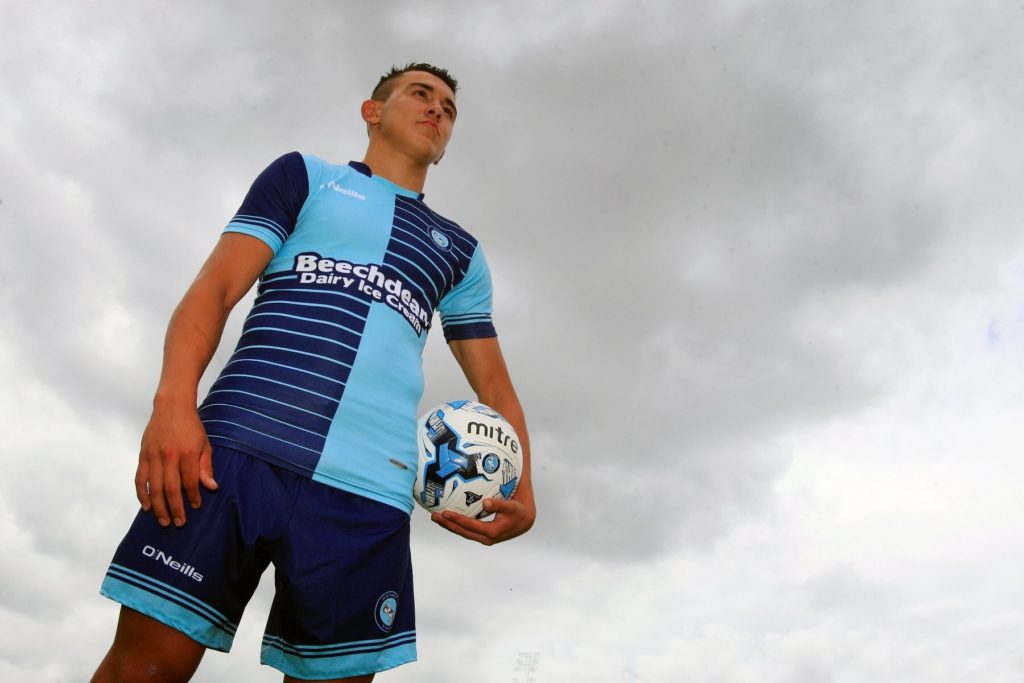 The Chairboys are wearing their familiar blue quartered shirts. Based on the dark and light blues of the Oxbridge universities, the quarters began 130 years ago as halves on Wycombe shirts.

Navy blue shorts have light blue bands at the bottom of each leg; a pair of thinner bands sit above thicker bands on the thigh.

This is the kit the Chairboys away kit for this season: 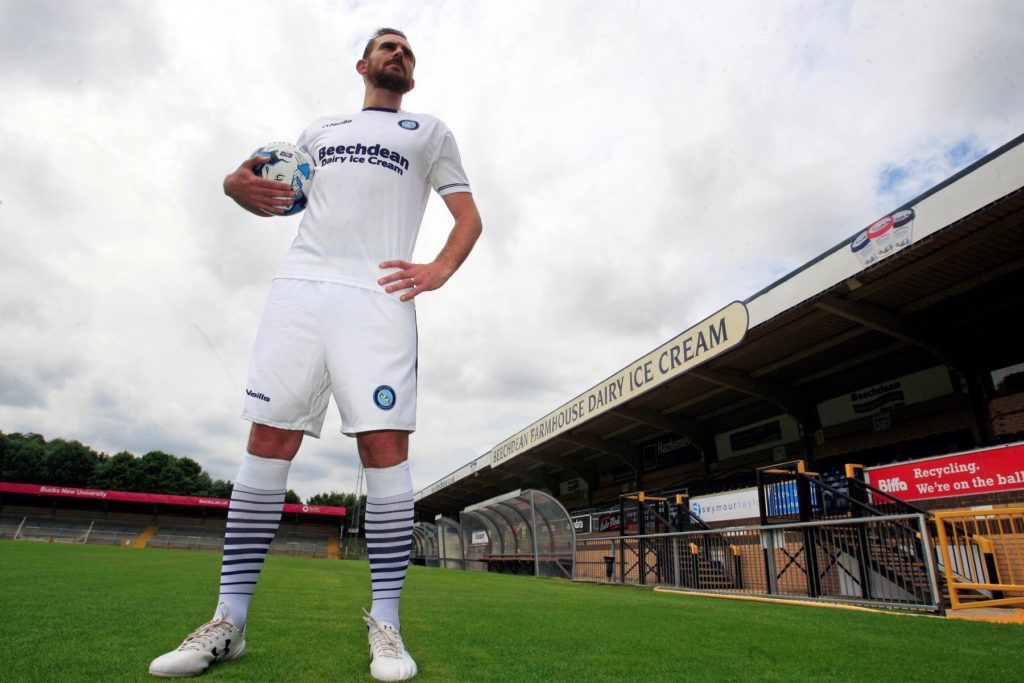 The all-white kit features minimal trim, with the navy hoops on the socks the most obvious example.

Until the players turn around and then the age of one of the Football League’s newest clubs is displayed: 1887. The perfect celebration would be promotion but at this moment in time, mid-table obscurity would be well enough received.

These are the two kits Wycombe’s ‘keepers will be wearing this season: 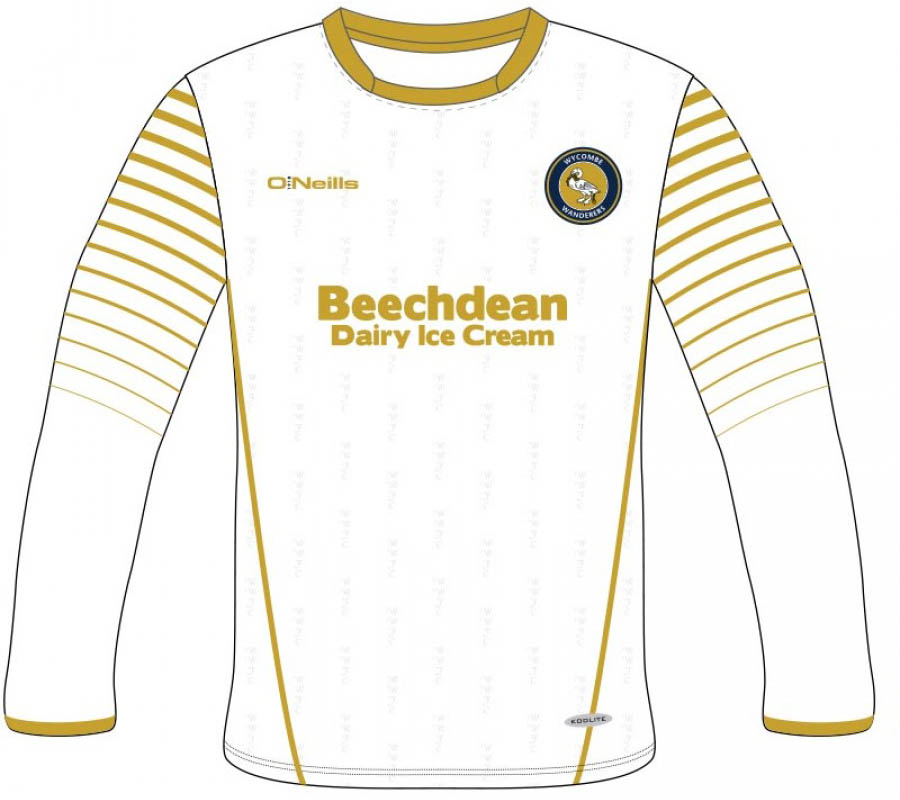 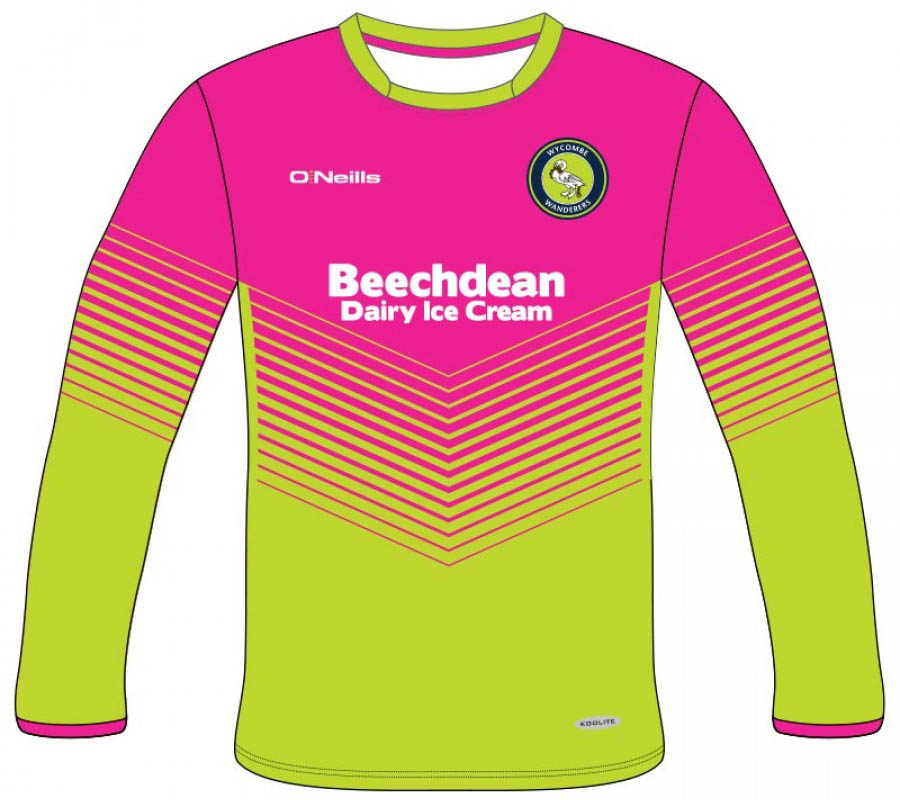 The white kit, predominantly to be worn at home, is inoffensive enough. Unusual even; green faded hoops on the sleeves, a couple of green stripes down the body and green trim.

At this point, putting on your sunglasses is probably a good idea. The second kit is, well, just awful. Pink and green rarely seems a good combination and this proves it. And they still went ahead with it, even having seen a mock-up, a prototype. We know you have to be mad to be a goalkeeper; colour blind also helps.