Unveiled earlier in the week, Bayern Munich wore their Parley kit in yesterday’s 1 – 1 draw with Hoffenheim. RB Leipzig can draw level with the current German champions if they beat Mainz at home today. 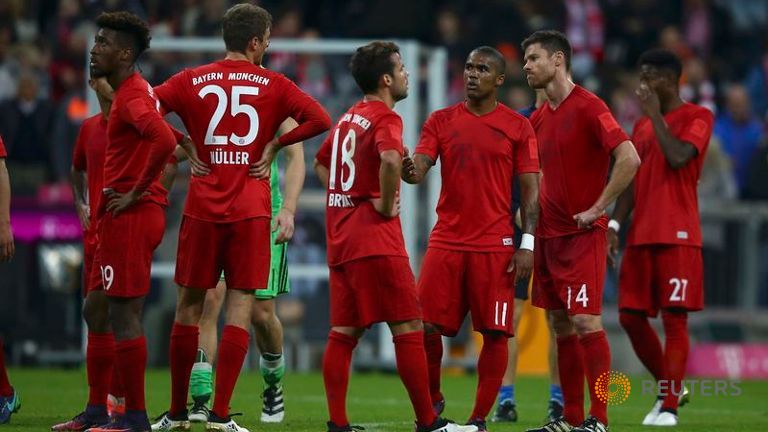 Bayern had Steven Zuber’s own goal to thank for salvaging a point. Hoffenheim took an early lead through Kerem Demirbay’s thunderous drive. It would have been Bayern’s first defeat to Hoffenheim, having won twelve of the previous sixteen meetings.

This is the Bayern Munich Parley kit: 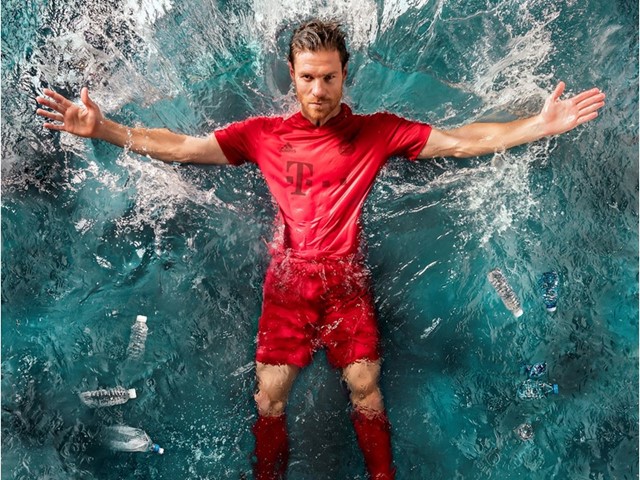 Environmentally friendly, the kit is made from recycled plastic waste recovered the planet’s oceans. The BBC preferred to call the material ‘ocean litter’ although that sounded a little too close to ‘kitty litter’ for comfort although kitty litter, adds truth to a certain football chant.

The main kit and trim are one-colour: red. In addition, the subdued colour of the logo of lead sponsor ‘T-mobile’ features on the front. This contrasts with the startling white player identification on the back of the shirt and shorts.

adidas announced logos of the same colour as part of a distinctive look. The materials for the shirt come from the Parley clean-up operations off the coast of the Maldives.

The rationale is that the shirt will be more environmentally friendly due to the non-sustainable print being minimised. T-Mobile agreed to the move and will no doubt trumpet this in their annual report as a ‘green credential’.

The message “for the oceans” features inside the neckline and promotes adidas as environmentally responsible. Through investment in this area, debris becomes ‘technical yarn fibres’ in the core material used in manufacturing.

At the end of November, Real Madrid debut their similarly designed kit debuts against Sporting Gijon.