Defying the pre-season predictions, Bournemouth survived their Premier League debut season quite comfortably. The Cherries will be looking for more of the same next season and yesterday launched their 2016/17 home kit. 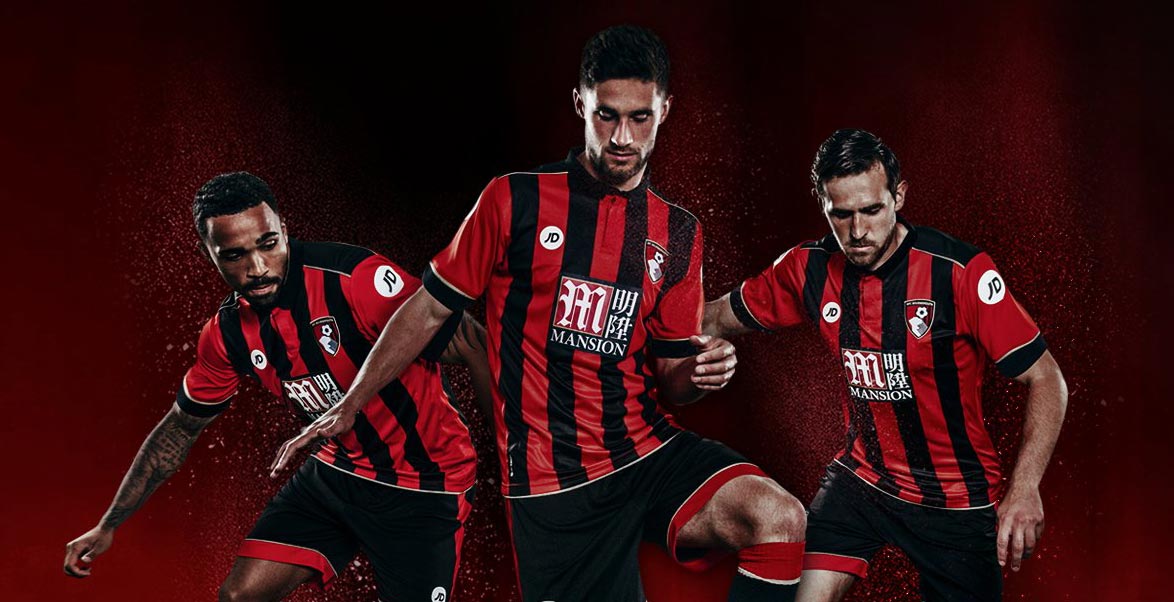 This is the home kit which Bournemouth will wear for the 2016/17 season. 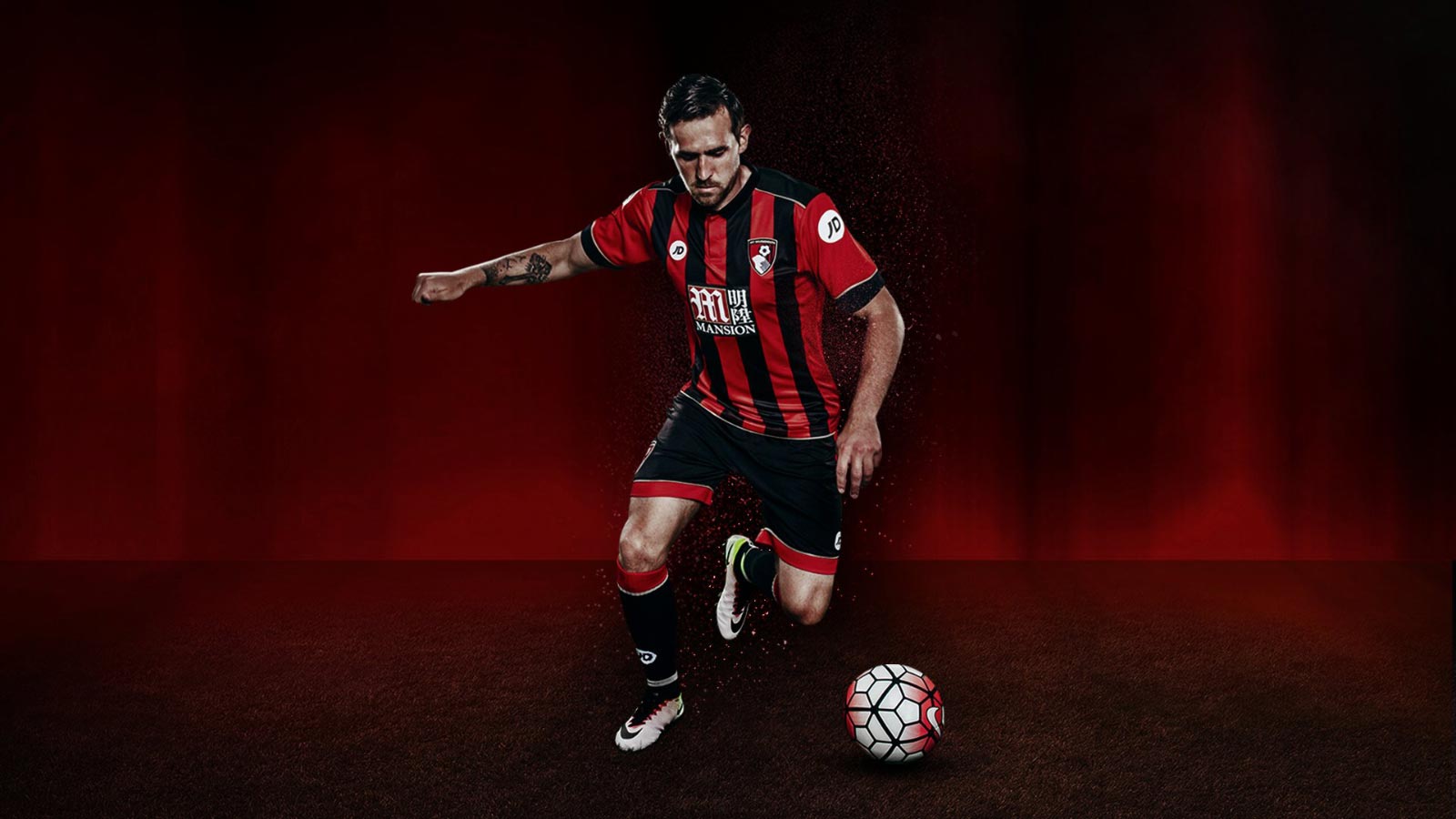 It’s the 25th red and black stripe kit The Cherries have worn. First introduced in the 1970-71 season, Bournemouth have become synonymous in English football for their interpretation of the Rossoneri stripes.

The shirt is a more traditional football design from JD Sports. Last season’s heavy black neck and chest line has been replaced by full length stripes. Each shoulder has a black panel with thin white piping, which contains a breathable mesh vent. The same material is on each side of the shirt to improve the players experience wearing the shirt.

The black collar has small wings and leads into a two-button red neckline at the front. On the bottom hemline, the shirt features white piping.

Once again sponsored by Mansion, the international gaming company, the manufacturer and other logos are in white font, with JD Sports continuing the summer’s theme of supplier logos on the shoulder. 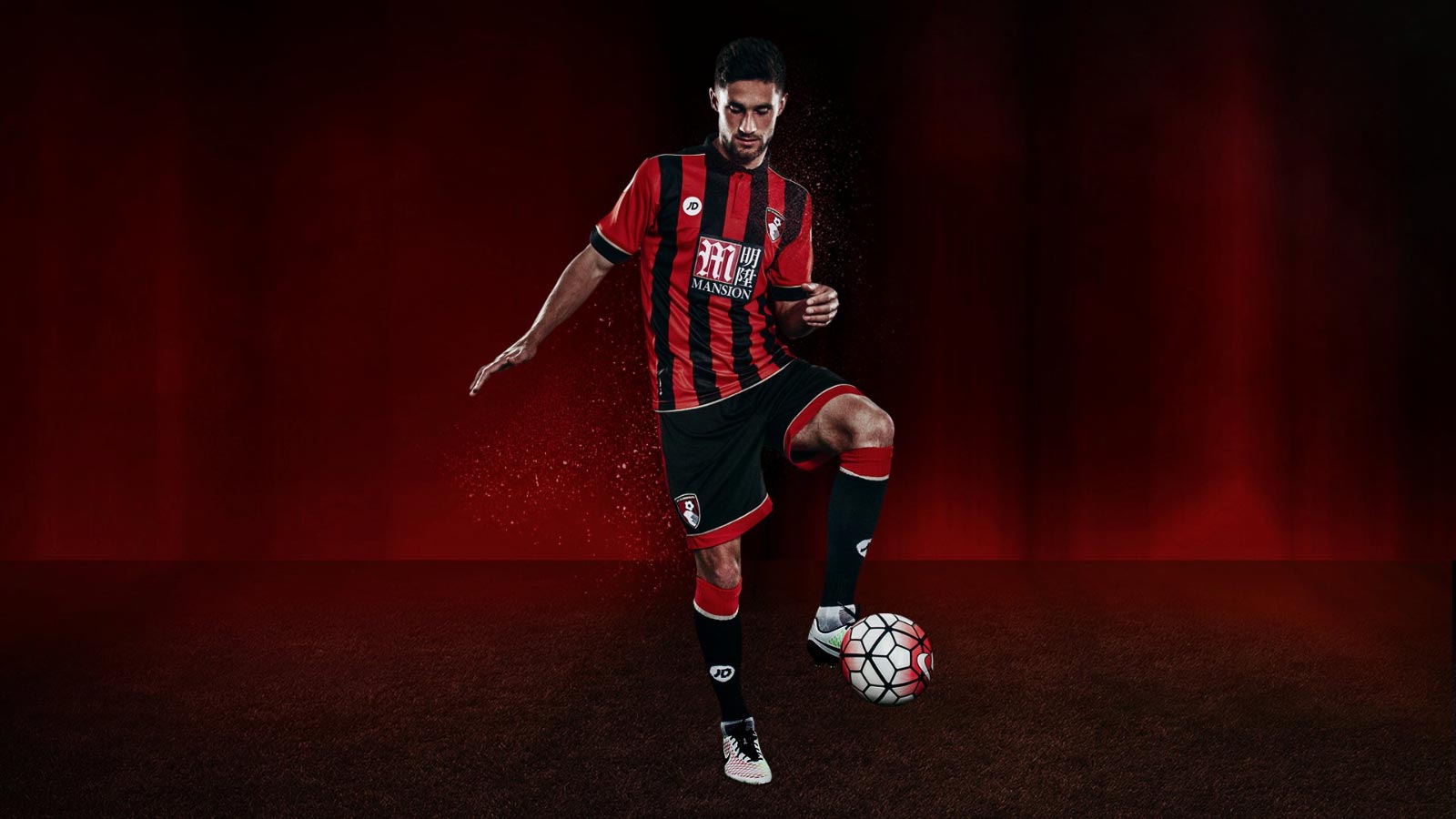 The kit is completed with predominantly black shorts and socks.

Across each thigh of the shorts, is a red band with white piping above and a thick red stripe down the side of each leg. The socks have a thick red and a thin white band across the turnover. 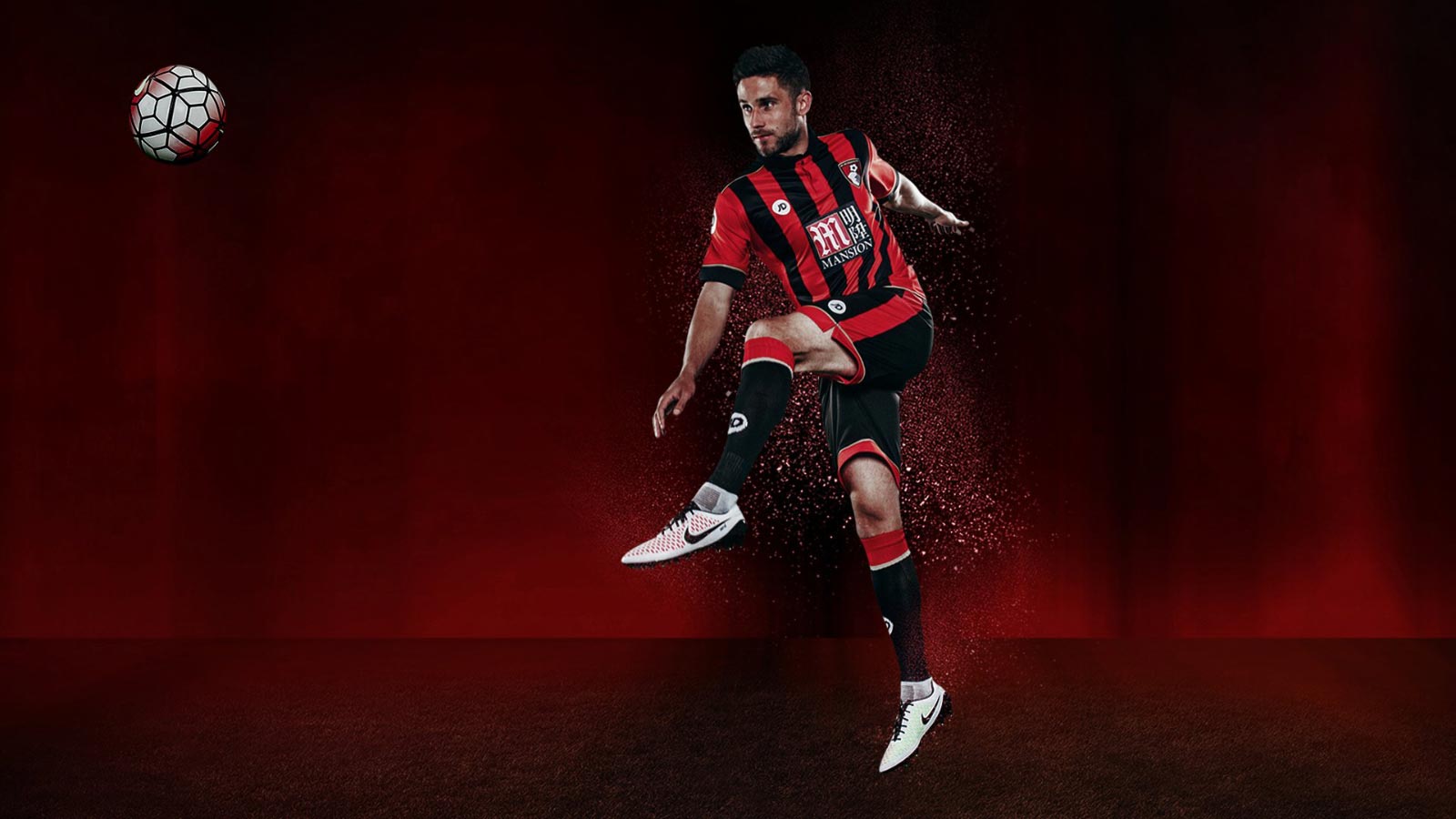 The Cherries will be cutting a swathe through the Premier League fashion stakes with this traditional kit design.

Copa América Centenario: What If The Kits Decided The Outcome?
Swansea City Launch 2016/17 Home & Away Kits
To Top