Celtic, Scotland’s Invincibles, revealed their 2017-18 away kit today. Fifty years on from the Lisbon Lions, Brendan Rodgers led his team to the perfect season in domestic football. The Bhoys claimed all domestic trophies, as well as an unbeaten league season. 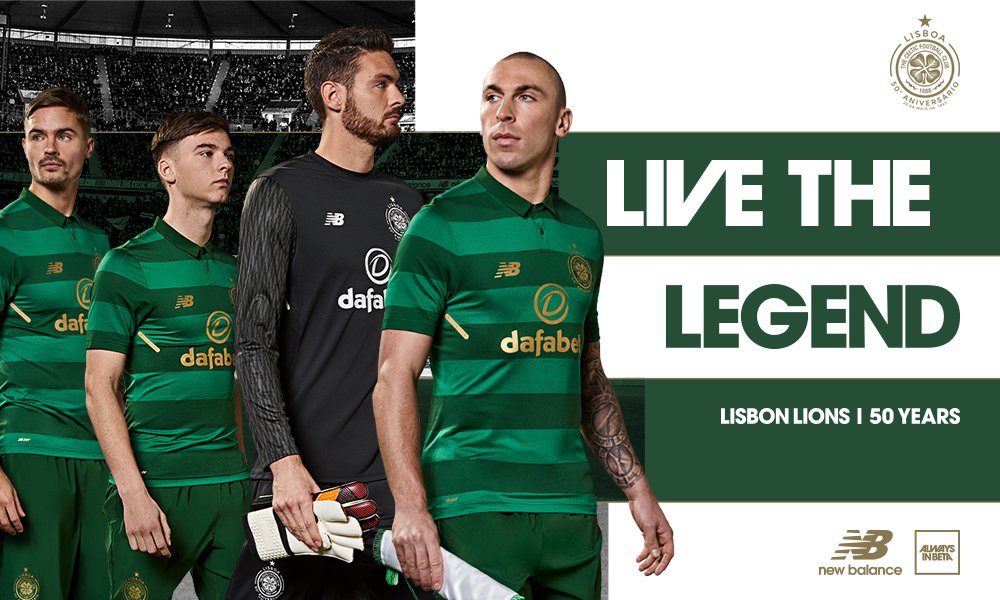 As well as setting club records, individual ones fell. Kolo Toure became the first player to feature in an unbeaten season in England (Arsenal 2003-04) and Scotland. It’s a record which is unlikely to be broken.

The 2016-17 season causes Celtic some headaches in the future. Going unbeaten sets impossibly high standards for coming iterations of the team to meet but the bigger question is whether the unbeaten season will disappear into the footballing ether, forever overshadowed by the glory of Lisbon? 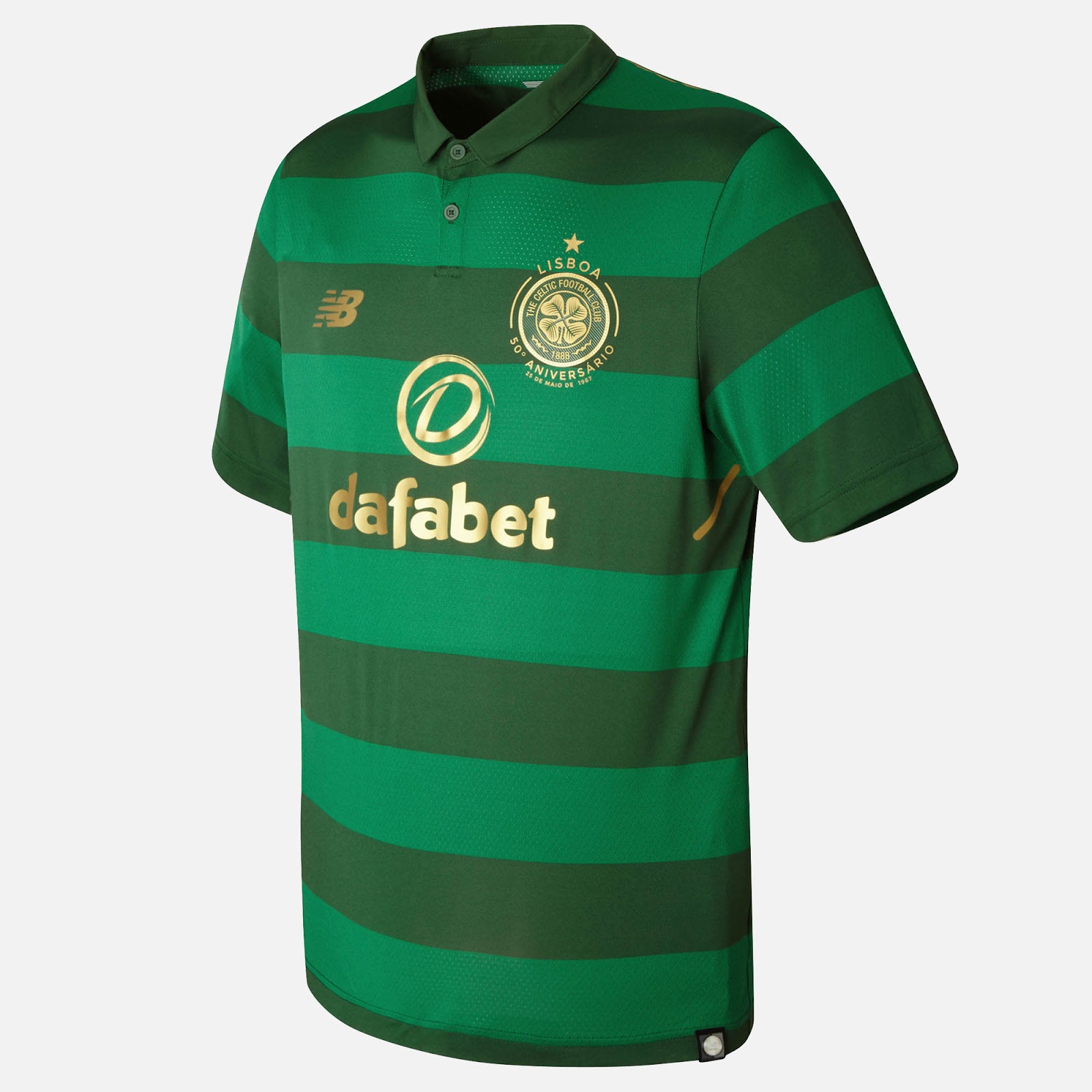 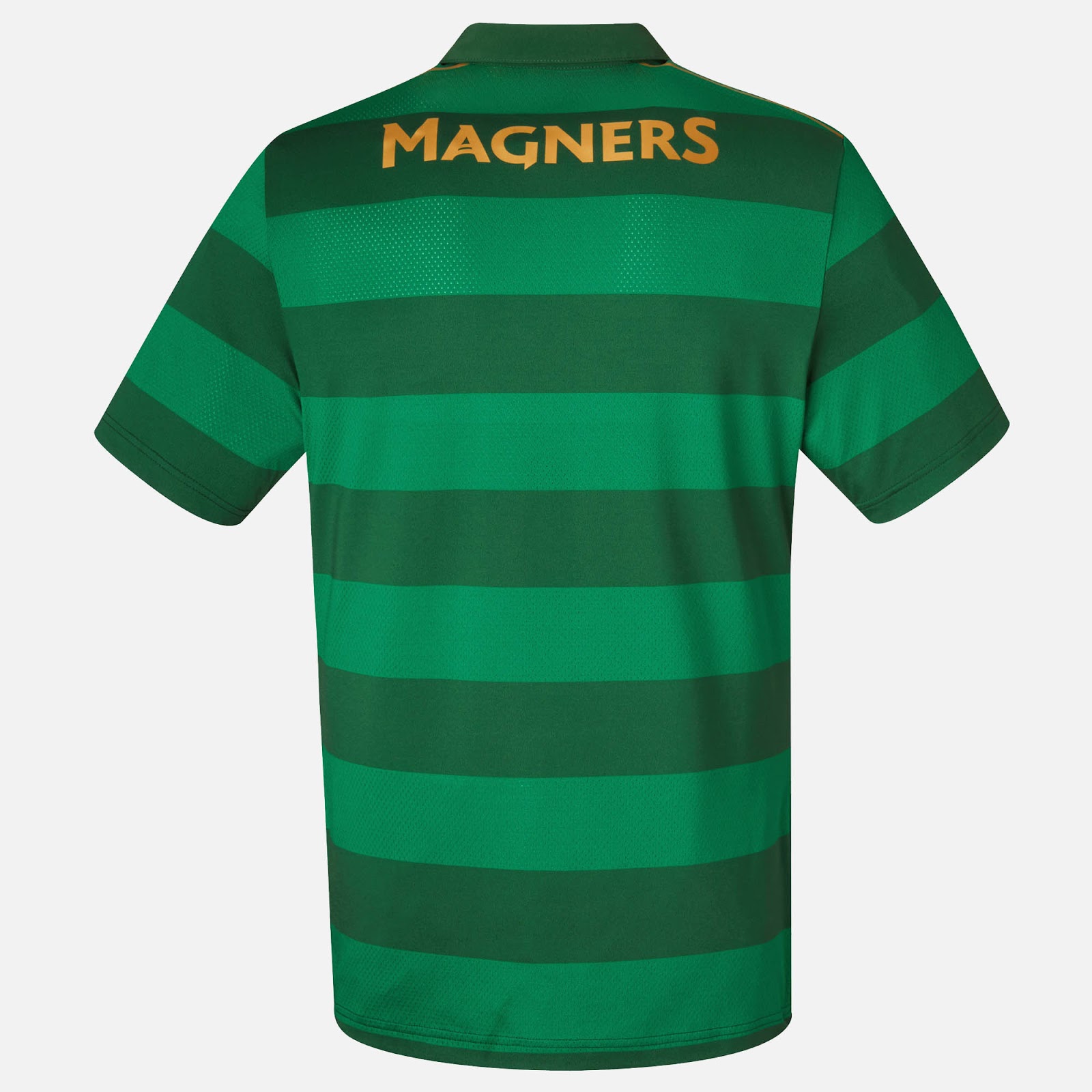 New Balance created a straightforward design with alternating Racing Green and standard green hoops on the shirt body and sleeves. It’s a repeat of the patterning used on the home kit.

A Racing Green two-button polo collar matches with the sleeve cuffs. Meanwhile, he manufacturer’s mark, sponsors logos and club crest all feature in light green. The colours, despite all being green, providing a strong contrast on the front and back of the shirt. 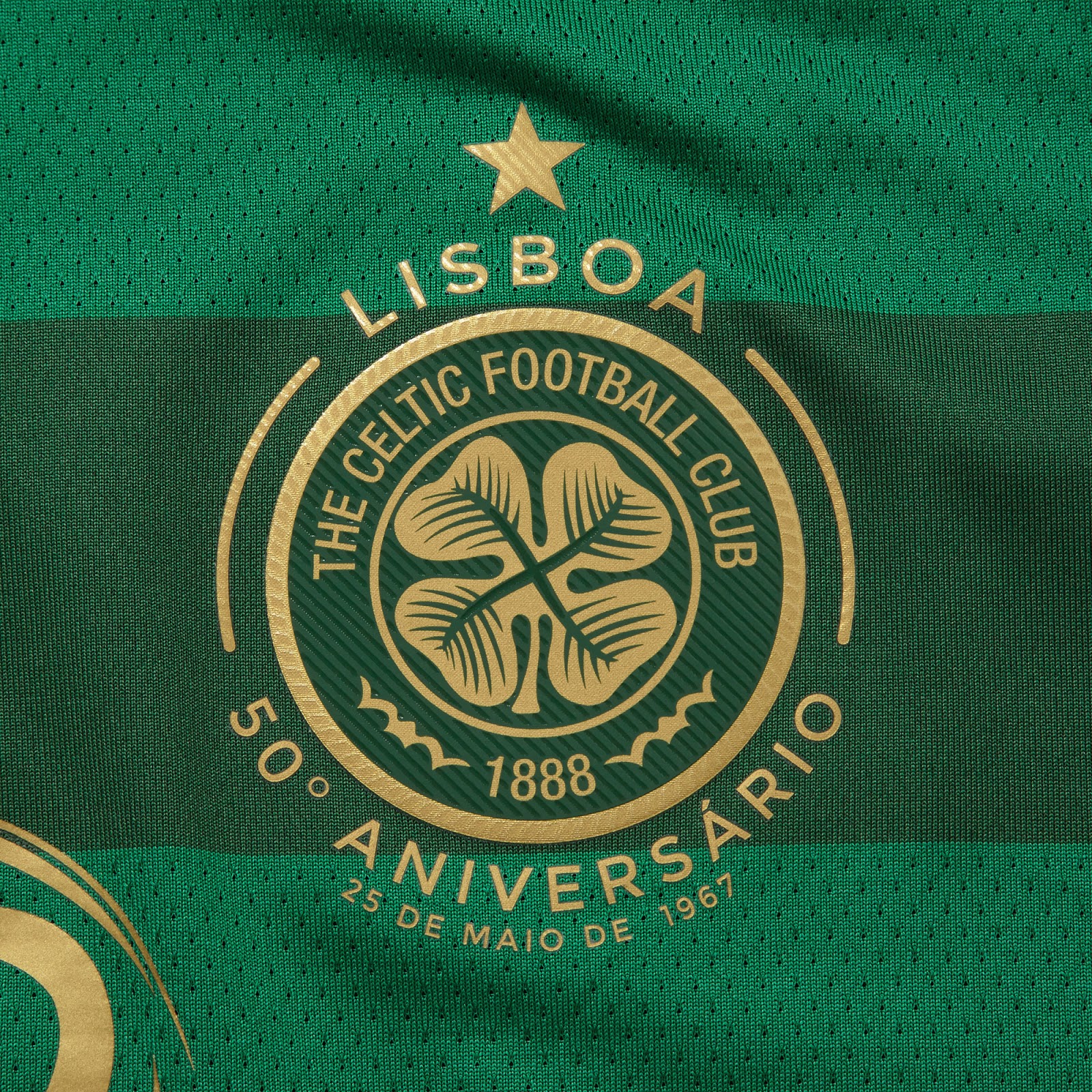 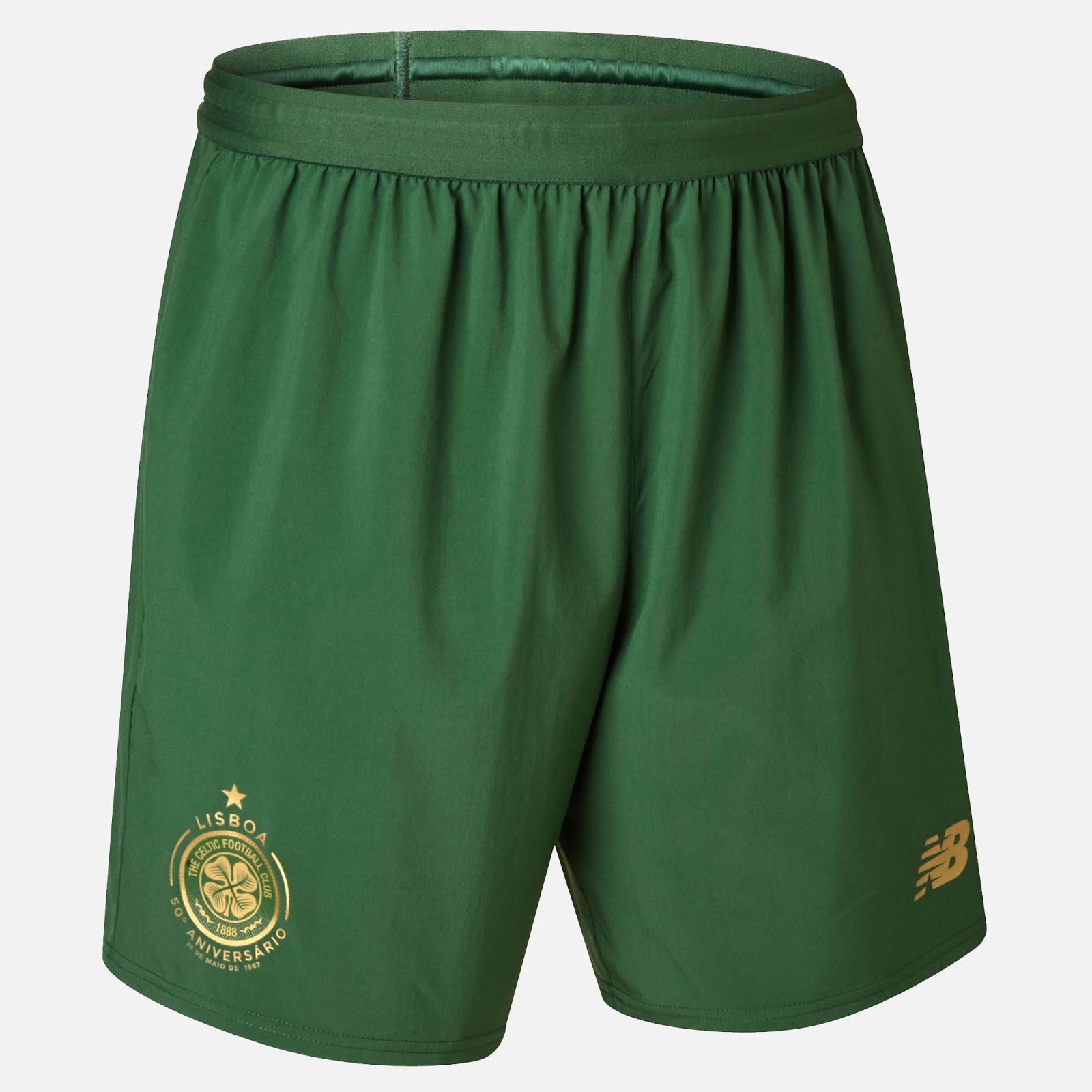 The kit is finished with green shorts and socks.