It’s the El Clasico and Wrestlemania this weekend so we thought we would have a bit of fun combining the two in the graphic below. But that’s where the fun stops because the El Clasico is serious business and it always boils down to the two men in the picture. 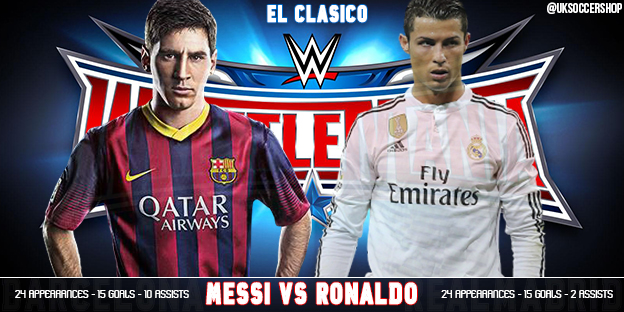 Here are some interesting stats on both players heading into this Saturday’s showdown!

Some ridiculous stats from the two best players in the world! Going toe to toe with one another in a singles match there’s not much separating them at all. However what happens when we turn this into a 6-man-tag, and we get MSN vs. BBC? 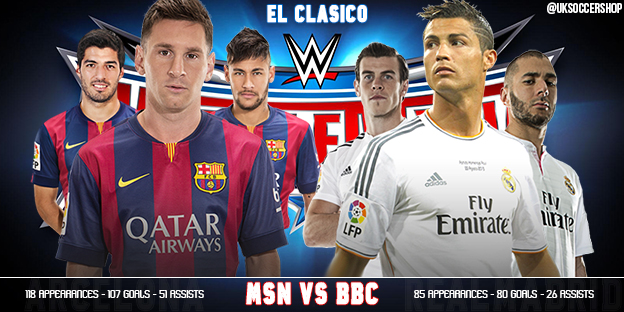 They have more appearances but Messi, Neymar and Suarez seem like the more potent trio. The assist counter almost double of Bale, Benzema and Cristiano’s tally. This could be where the match is won and lost.

The stage is set for both teams, and it will be a hotly contested affair come Saturday evening in the Camp Nou.

Who will prevail in the newest chapter in this storied rivalry?!