Everton‘s away kit for the 2016/17 season has been revealed. Manufacturer Umbro has taken a delve into the club’s past and commemorated the Toffees first league title in 1890/91.

With a new era under Ronald Koeman beginning, the Toffees are looking to add to their playing squad before the season starts. Shiny new kits worn by shiny new players; it’s every football fans dream! 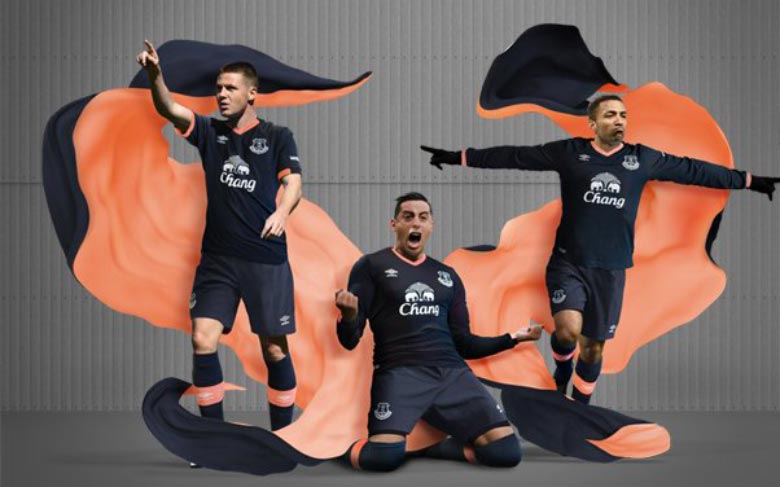 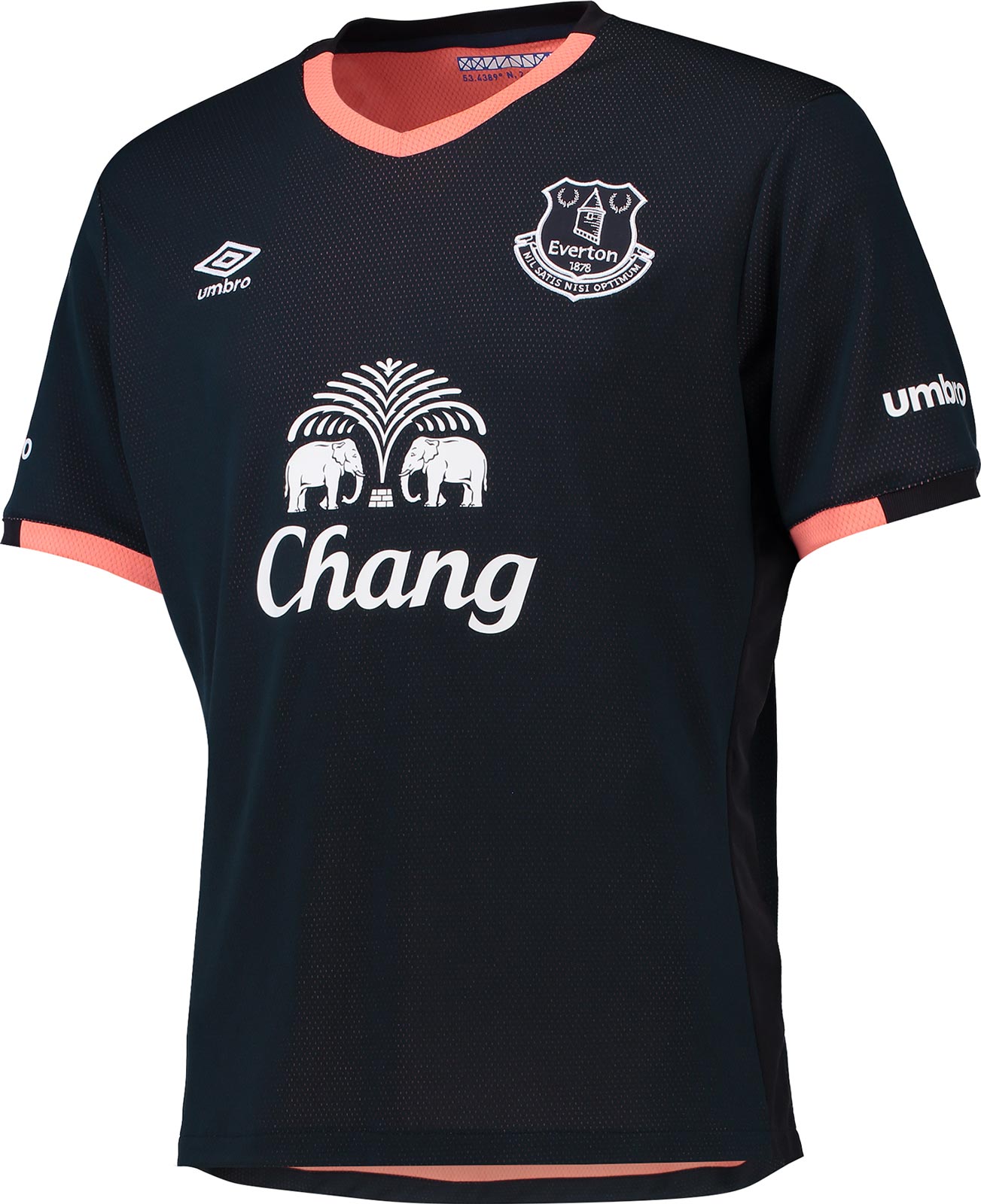 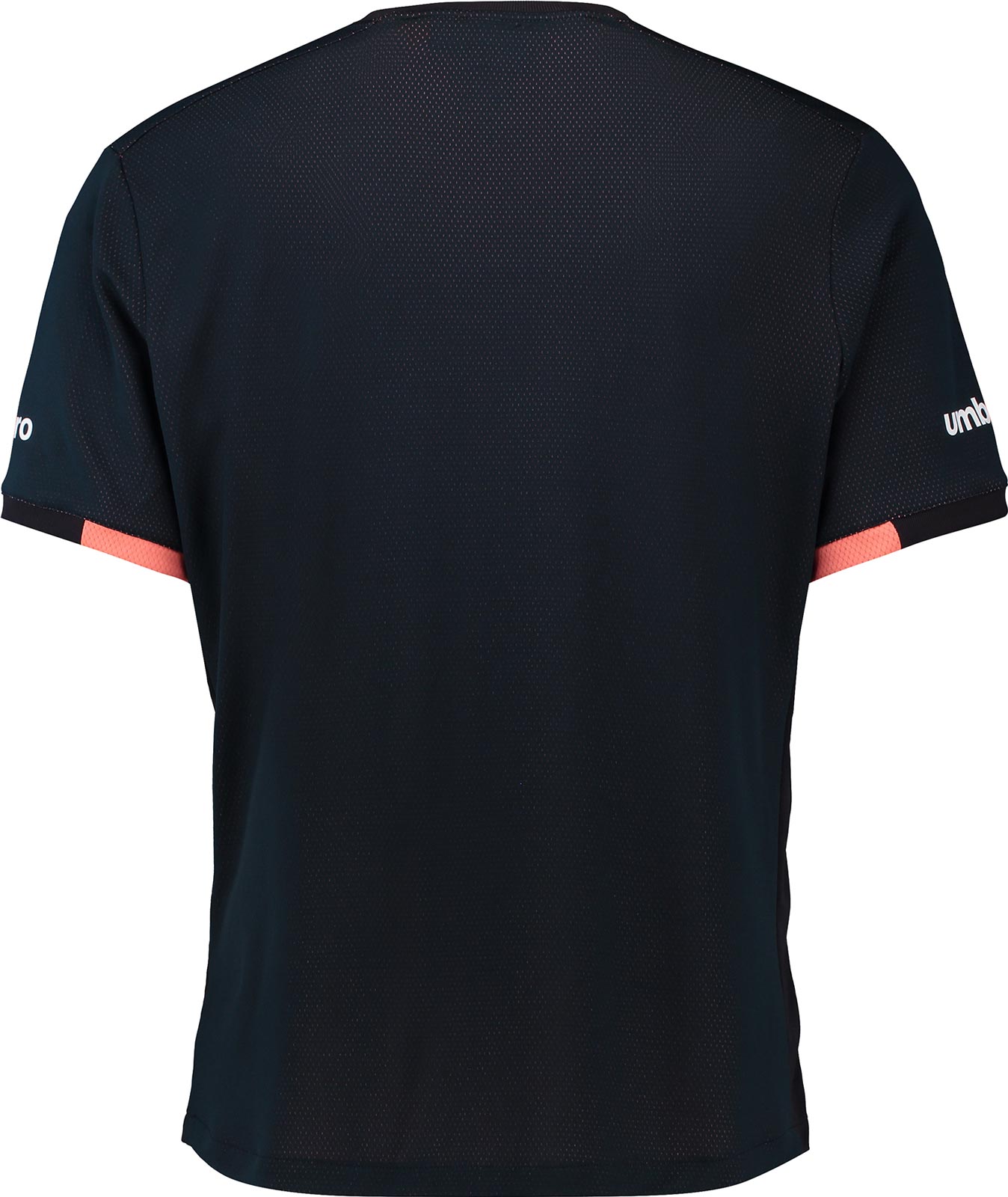 The dominant colour of the kit is dark navy blue, an unusual choice given the club’s home kit has a royal blue base. A third kit is on its way, one which is striking and different.

Contrasting with the navy is the salmon pink trim, at the front of the v-neck collar and forming half the sleeve cuffs.

On the inside of the back collar is a rendition of the front of the stands at Goodison Park, designed by Archibald Leitch. And just in the players get lost, the co-ordinates of their home ground are displayed below. 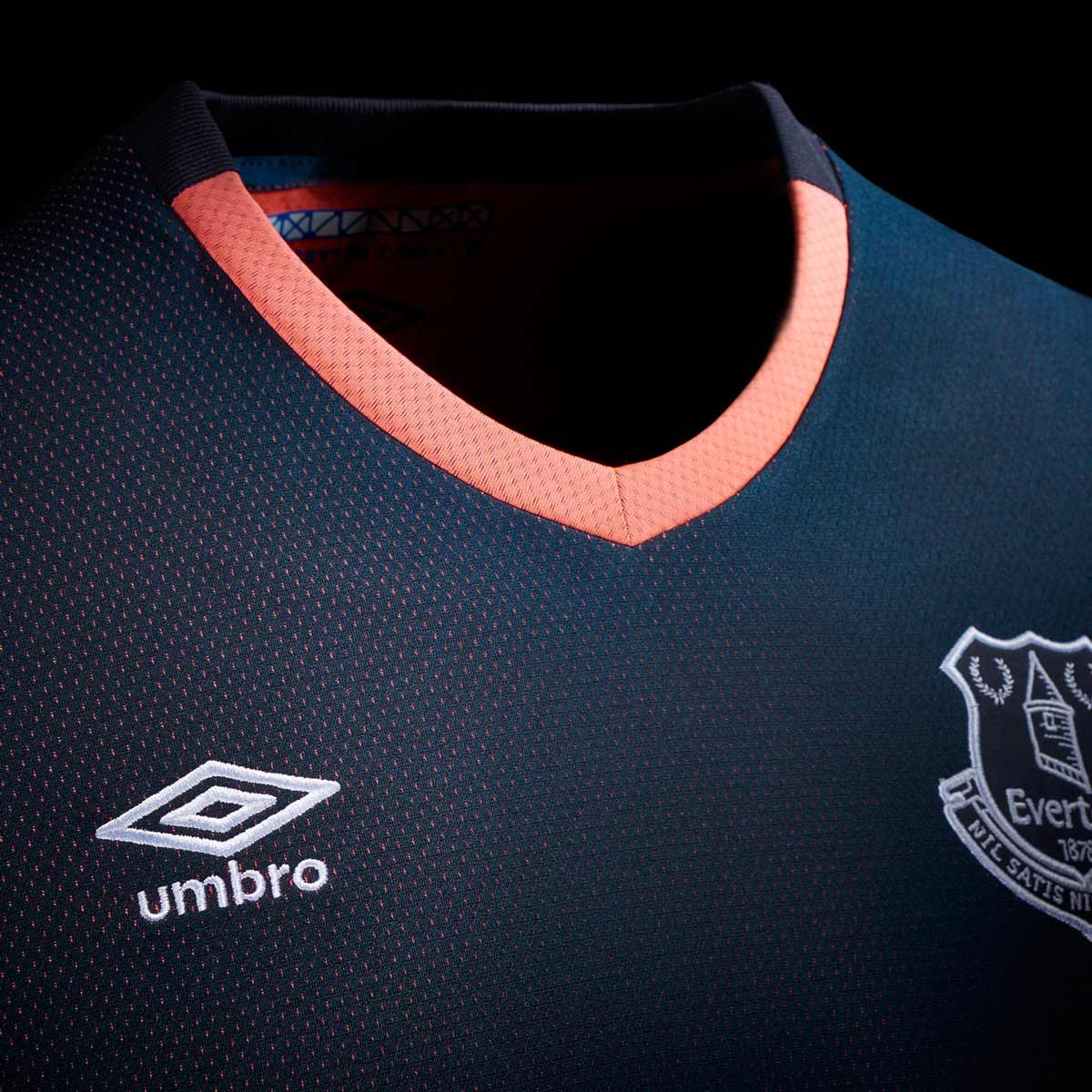 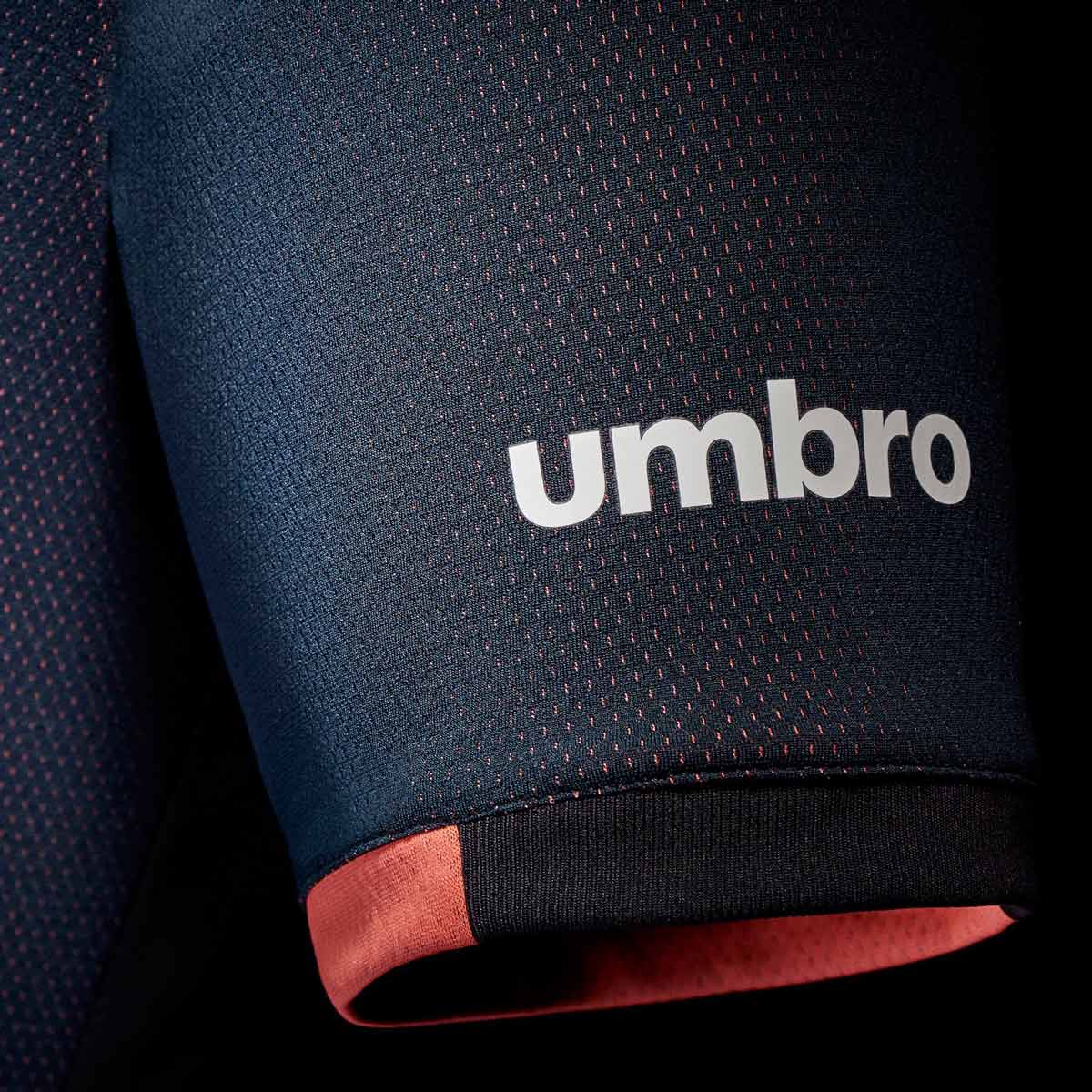 The inside of the shirt is salmon pink. 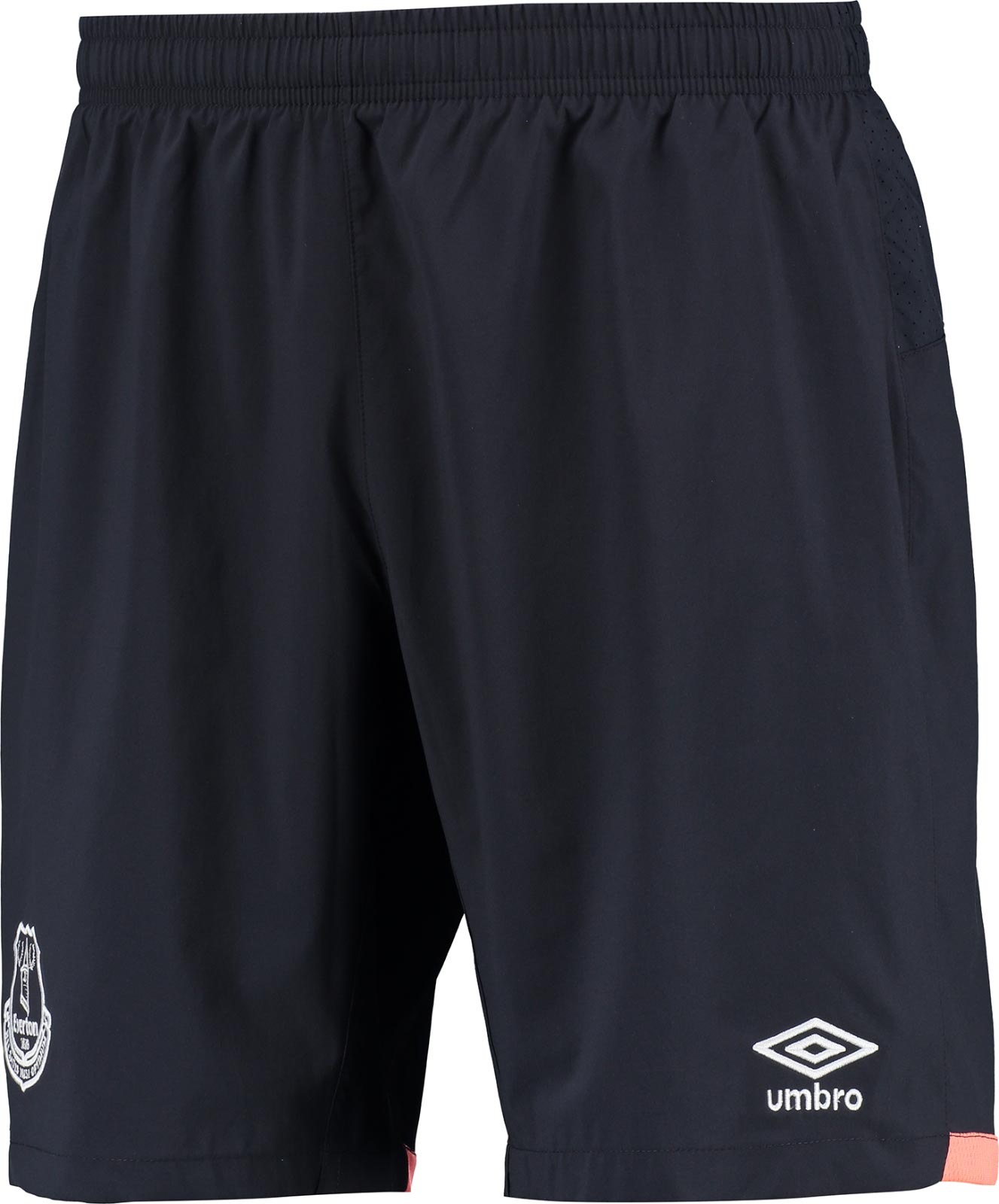 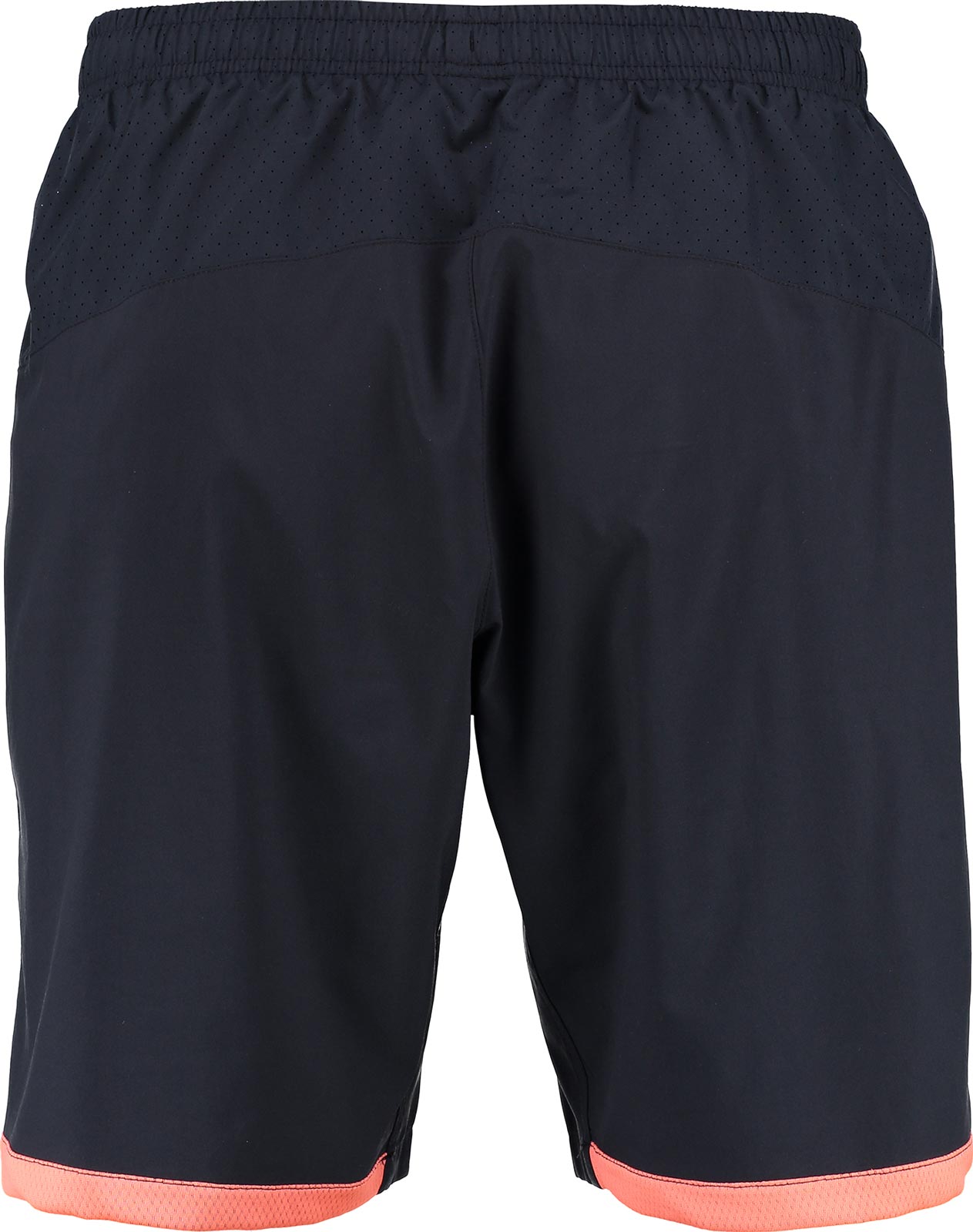 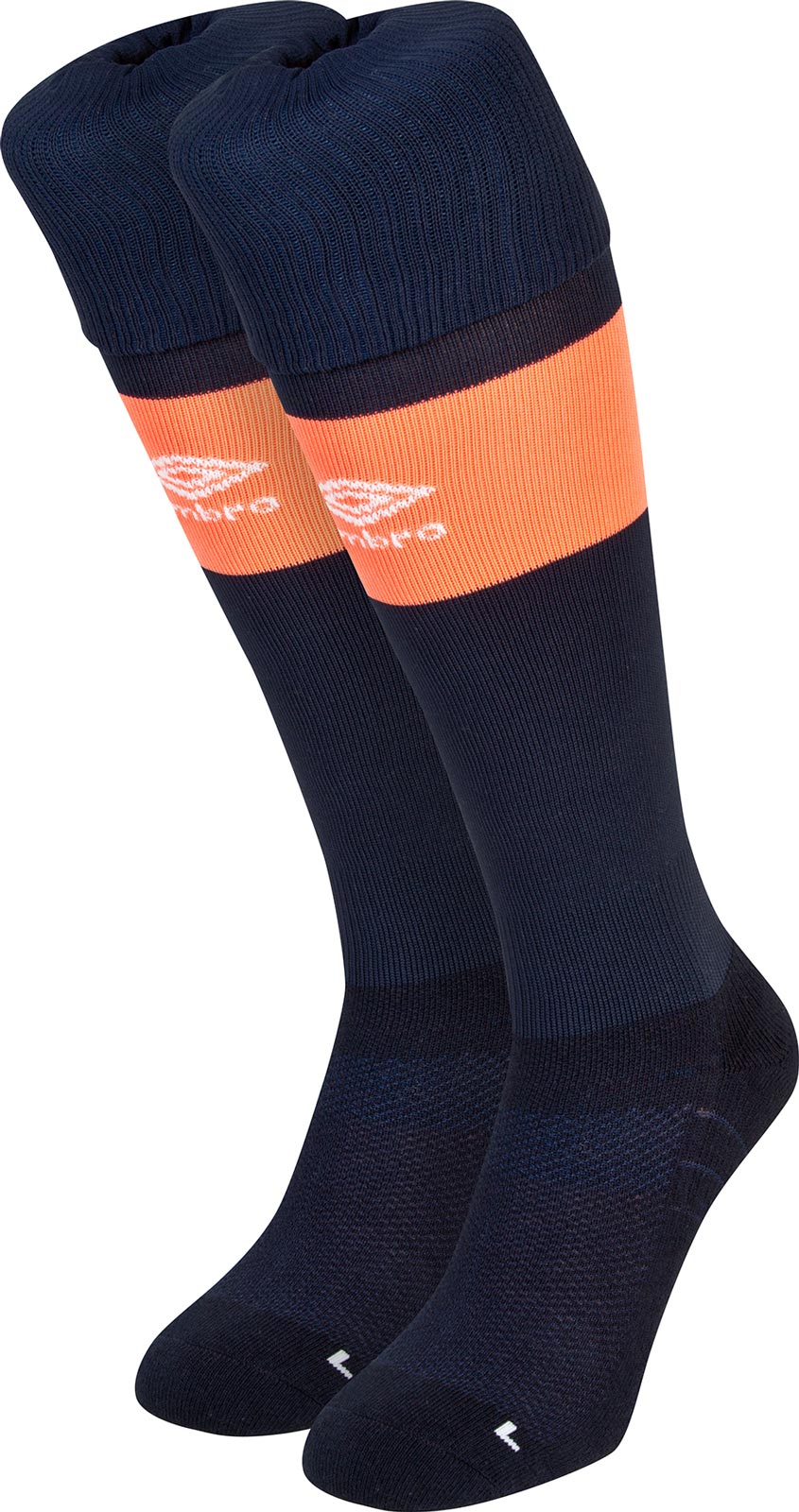 It’s an understated base design with a bright and striking contrast colour. Will it be popular with the fans? Only if the shirts are reversible!