Images of the soon-to-be released Manchester United 2016/17 home kit have surfaced. Has an over-zealous shop assistant put the kits for sale too soon? 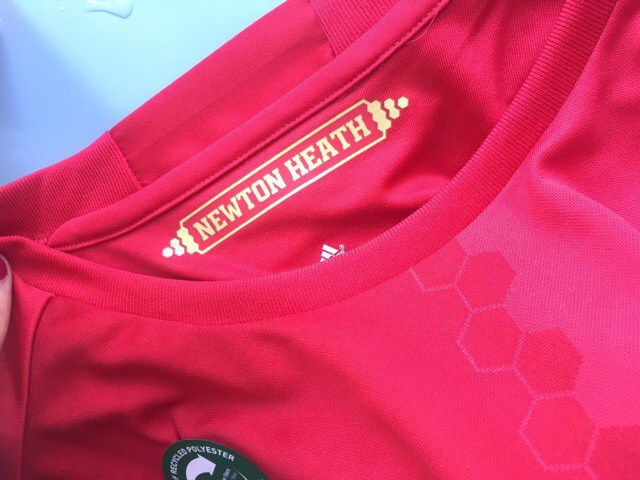 It’s believed that this is the Manchester United 2016/17 home kit. 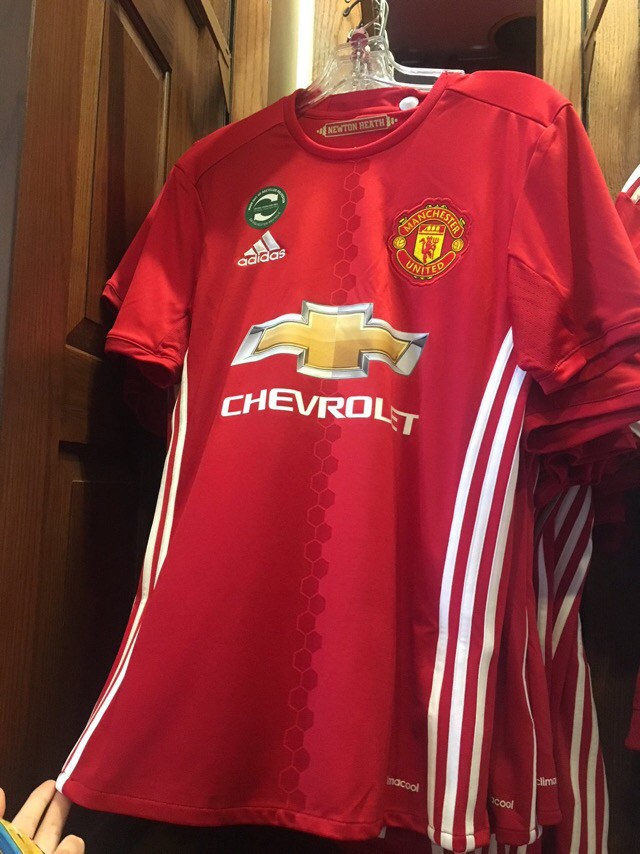 The shirt features dual-toned red, separated by a stripe containing red hexagons. The right side has a darker red with the left lighter. 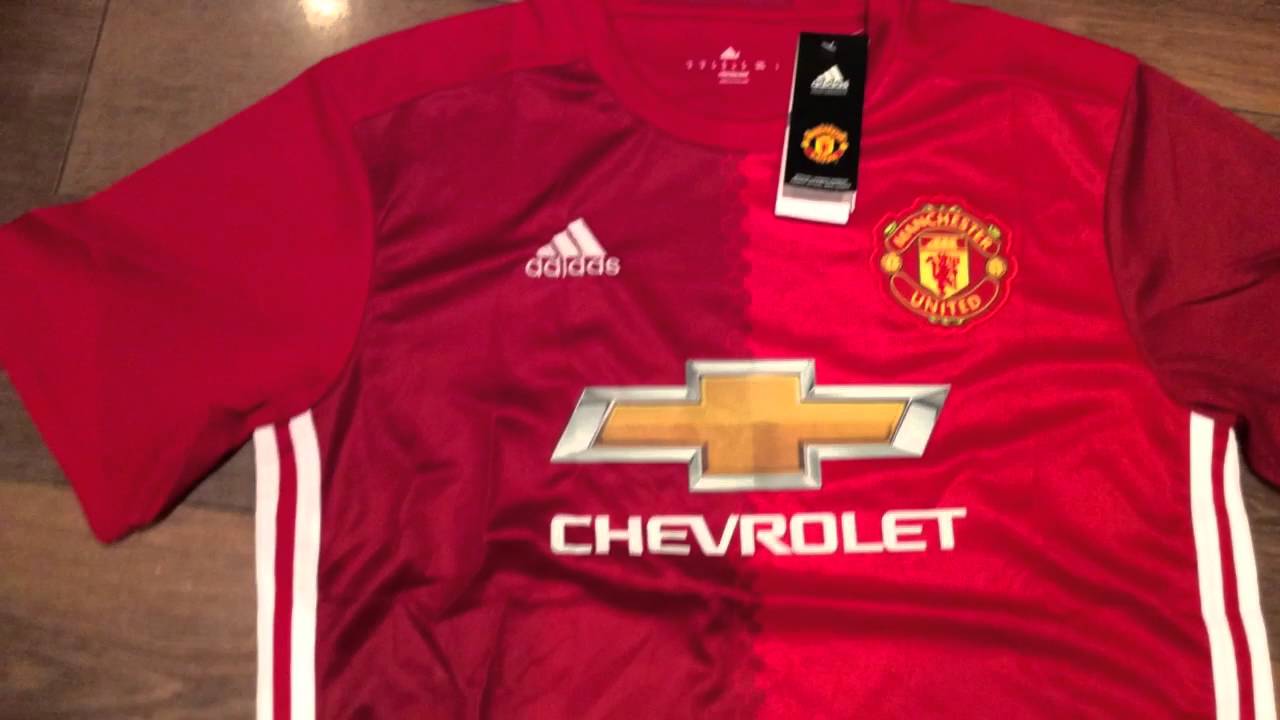 The sleeves are the alternative red with a panel leading from the right side of all-red collar across the shoulder to a lighter sleeve. On the left, the lighter red of that side of the shirt contrasts with the darker sleeve.

The club‘s original kits featuring yellow and green halves, are believed to be the inspiration for the shirt. On the inside of the collar, this is acknowledged with “Newton Heath” printed as a reminder of the past. On the outside of the collar at the back are the initials “MUFC” in a hexagonal pattern. 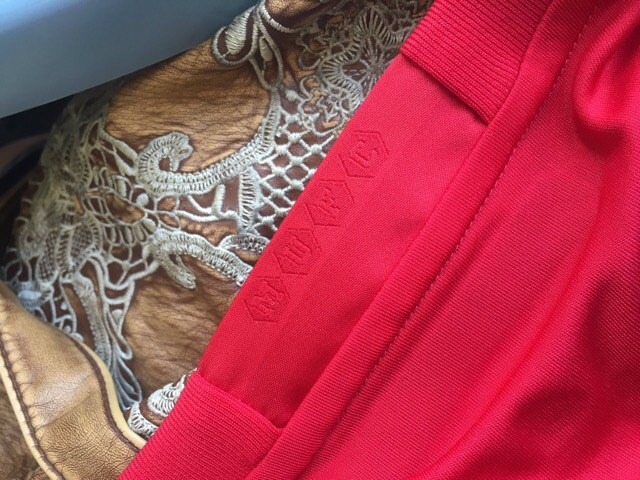 Adidas have placed their iconic three stripes on the side of the body of the shirt, running from the underarm to waist. 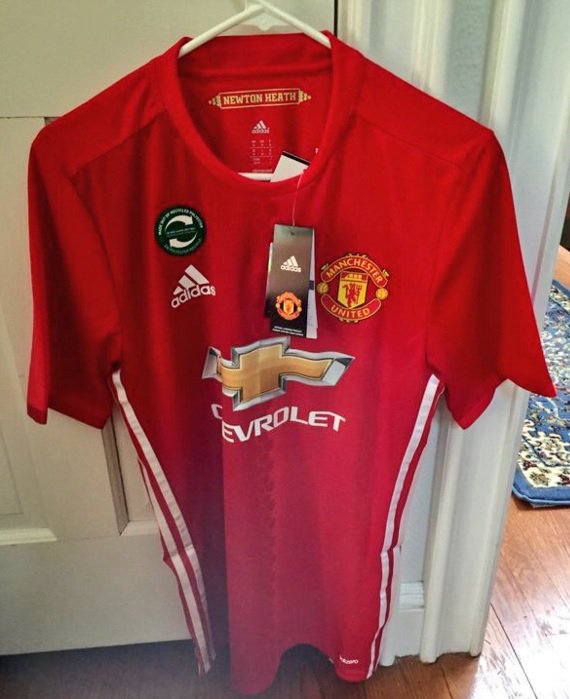 Whether this will be a hit with United fans is unclear. Social media opinion is firmly divided with supporters asking the same question that Arsenal fans did with the stripe down their centre of their shirt.

This leaked photo shows what is believed to be the Manchester United third shirt for the 2016/17 season. 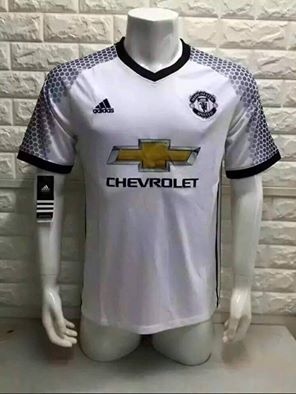 White with black collar and cuffs, the shirt has a similar shoulder pattern to that seen on some goalkeeper kits recently. This time however, Adidas have gone with the hexagons which feature on the home kit, tracing a thick stripe from the collar down the arms.

As with the home kit, Adidas have placed their stripes on the otherwise clean white shirt.

Are these kits hits or misses for you? Let us know in the comments.