The twenty-fourth Champions League final takes place this evening when Real and Atletico bring their Madrid derby to the San Siro. Atletico will be seeking revenge for the 2014 final which they came within a minute of winning. Real will be looking to add another Champions Cup to the ten they have already won. 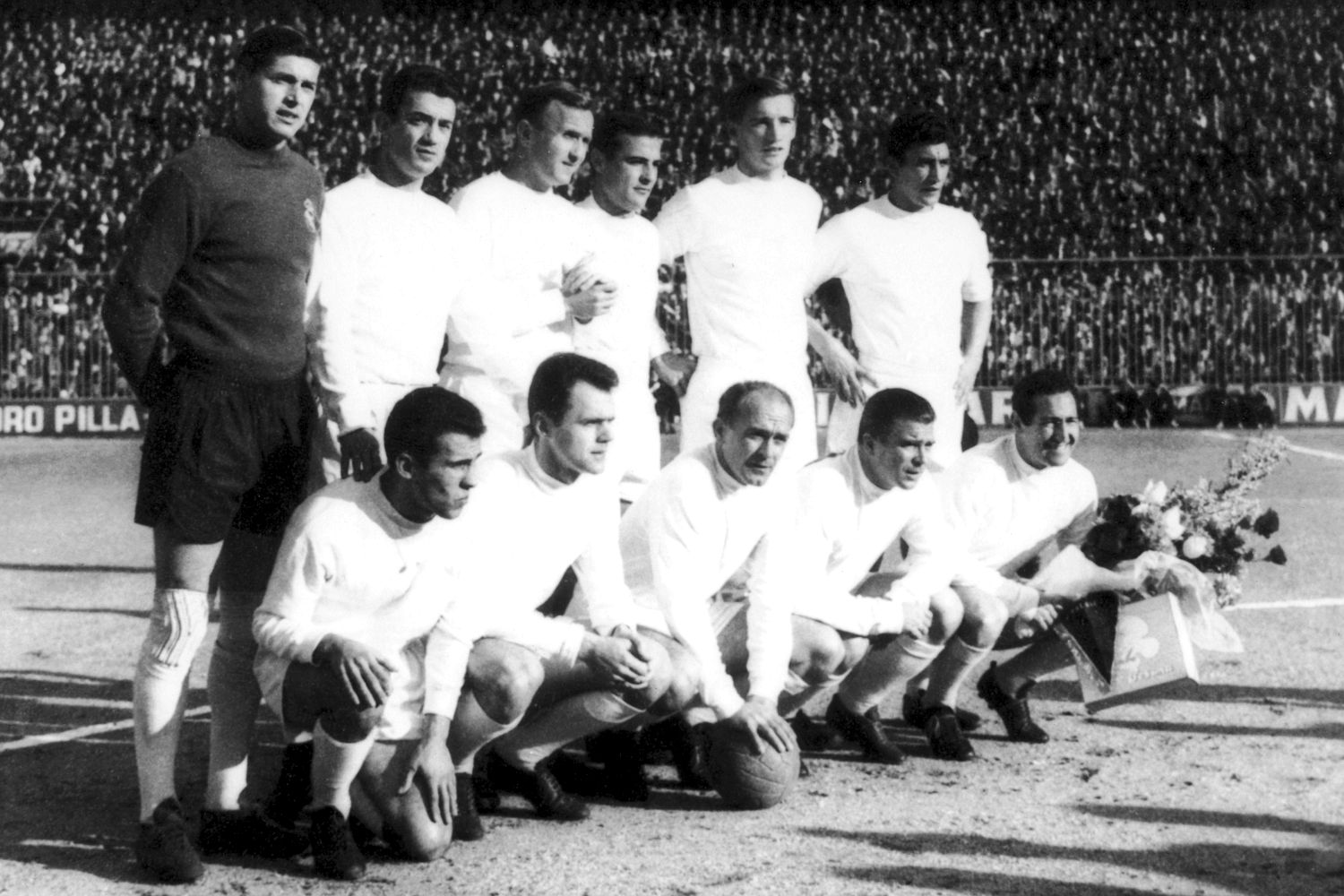 This was the last of Real Madrid‘s five consecutive wins in the fledgling European Club Champions Cup. Facing Eintracht Frankfurt, Los Merengues were in sparkling form and crushed the Germans 7 – 3 in what remains the highest scoring final.

In front of 127,000 people at Hampden Park, Real lifted the trophy thanks to a hat-trick from Alfredo di Stefano with Ferenc Puskas hitting four. Frankfurt had the nerve to opening the scoring through Richard Kress in the eighteenth minute but Real simply scored six times before Eintracht could reply. The two sides traded three goals in four second half minutes but with a four-goal advantage, Real were never going to be caught.

This was arguably the most complete performance in the history of the competition’s finals. 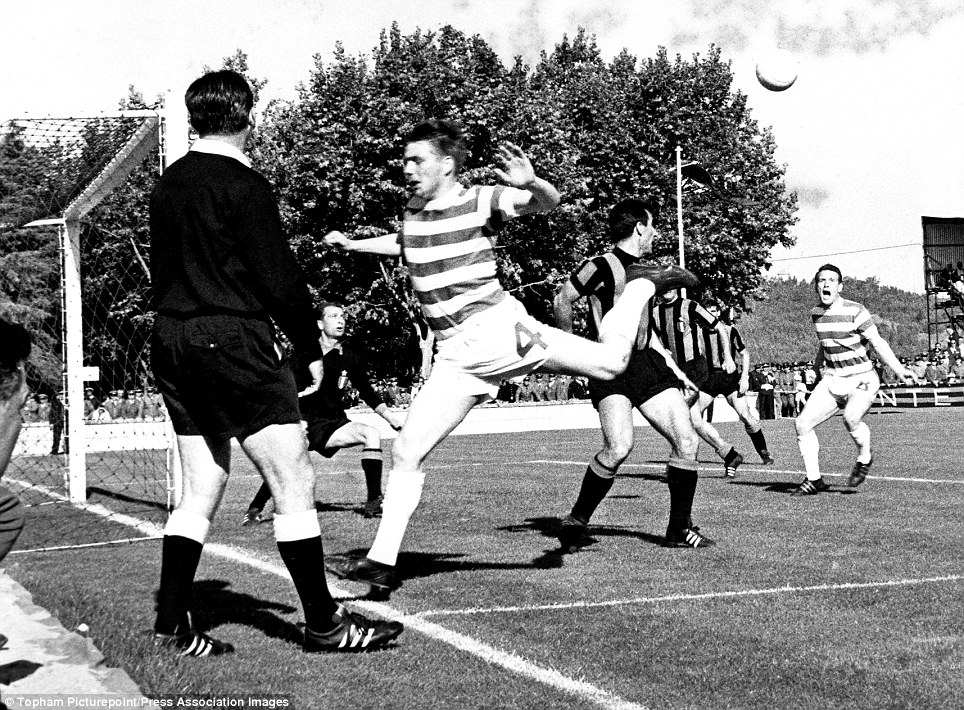 Until Lisbon, no British club had reached the final. Helenio Herrera, Internazionale’s manager, was there for the third time with Internazionale having won in 1963 and 1964. Celtic were huge underdogs but had a fighting spirit that couldn’t be underestimated.

Disastrously, Inter took the lead through a Mazzolo penalty after just six minutes and set about defending the lead with their usual efficiency. Gemmell equalised on the hour but neither side could break the deadlock until five minutes before the end when Chalmers touched the ball home from Murdoch’s shot.

The legend of the ‘Lisbon Lions’ was born amid jubliant scenes in the Portuguese capital as Celtic became the only Scottish club to win Europe’s top trophy to date. 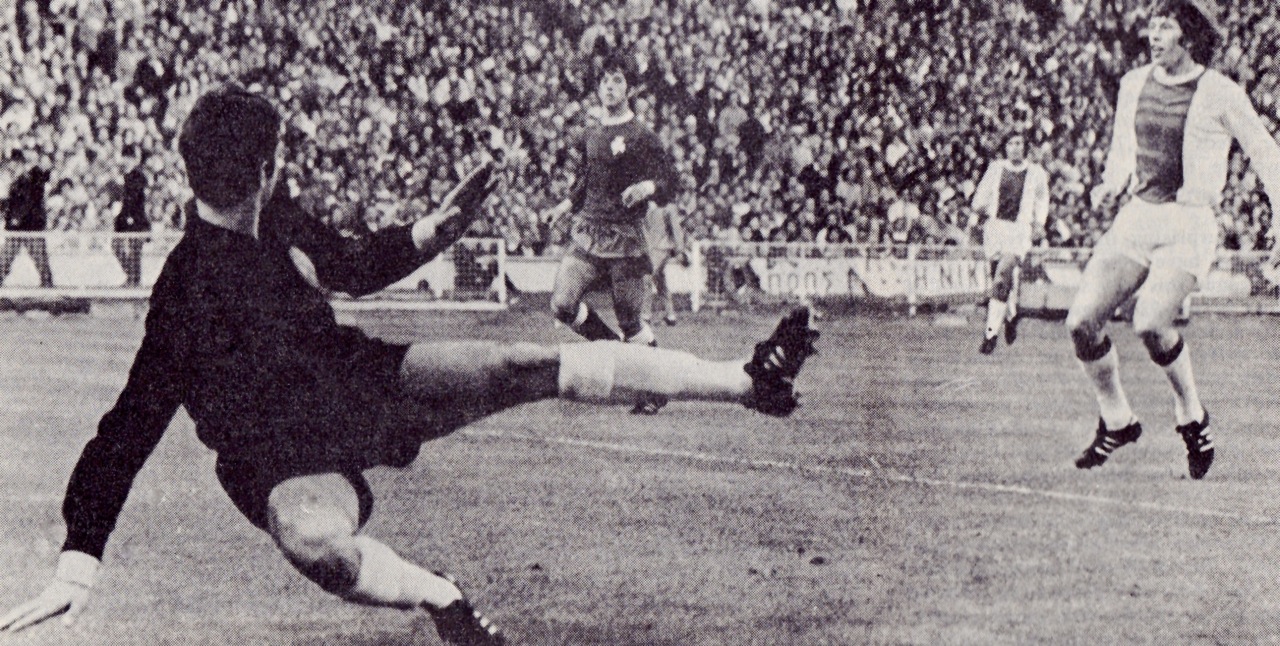 The dominant Ajax team of the early 1970s made the Dutch club’s kit instantly recognisable and with the immense talents of Johan Cruyff driving them on, iconic.

Ferenc Puskas was returning to Europe’s top table as manager of Panathinaikos, the Greek champions, but Ajax were imperious. Their learning curve had come in the 1969 final where they were crushed 4 – 0 by Milan; this time there would be no mistake.

Wembley saw Ajax toy with Panathinaikos with goals from Van Dikj and Haan at either end of the match settling a one-sided affair that launched a legend. 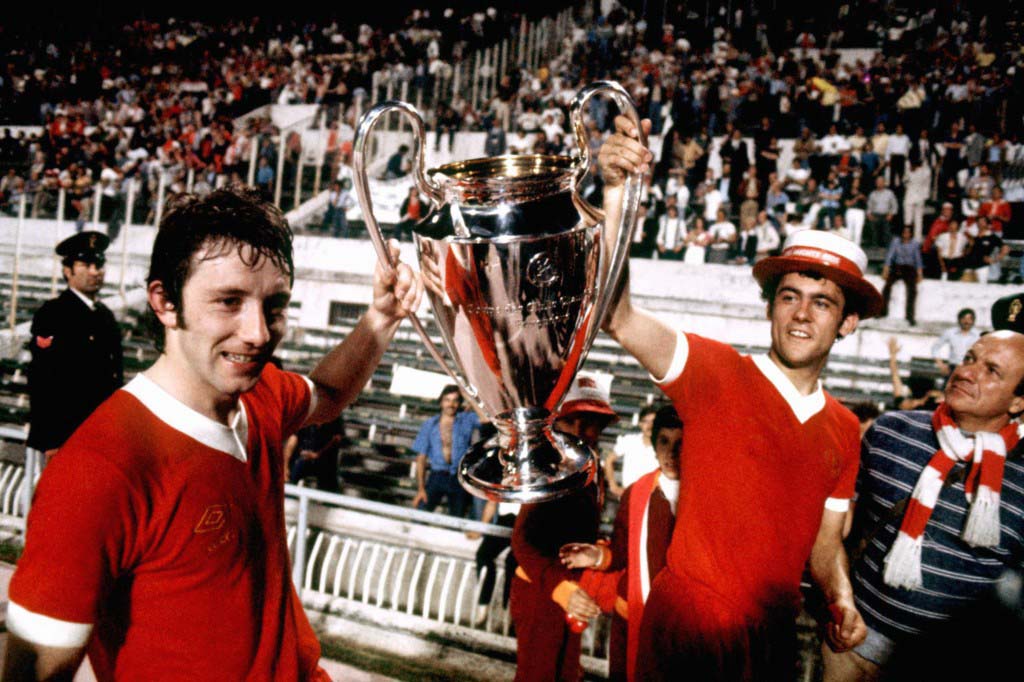 Nearly a decade had passed since Manchester United had won the European Cup at Wembley. Liverpool had been chasing the treble but denied by United in the FA Cup final, they had to settle for chasing a League and European Cup double.

Liverpool faced Borussia Monchengladbach in a repeat of the 1973 UEFA Cup final which they had won 3 – 2 on aggregate. Extra spice was added with this final being Kevin Keegan’s last match for the club before heading off to SV Hamburg in the Bundesliga.

The Reds dominated the match and eventually took the lead through Terry McDermott in the first half. The talented Dane, Allan Simonsen, equalised just after half-time but Liverpool’s lead was restored through a towering header from stalwart defender, Tommy Smith. The win was sealed by Phil Neal’s penalty after Keegan was brought down by Bertie Vogts eight minutes from the end. 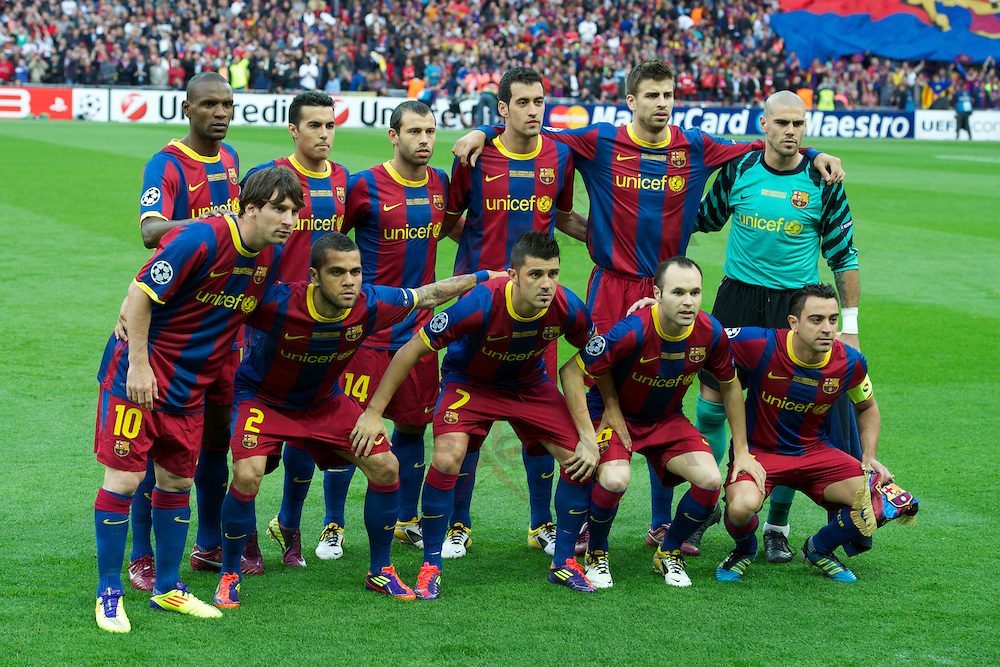 Two of European football’s biggest names met at Wembley five years ago when Manchester United faced Barcelona. They had met two seasons before when the Catalans won comfortably by a 2 – 0 scoreline in Rome.

They would go one better this time, winning 3 – 1 and utterly controlling the game from start to finish. The only mystery is how they scored just three goals. Lionel Messi was as mesmeric as Cristiano Ronaldo anonymous and United suffered.

Barcelona ran them ragged winning with goals from Pedro, Messi and Villa. Wayne Rooney briefly gave United hope with an equaliser but it was barely even that.

The day was completed when Eric Abidal, struck down earlier in the year through serious illness, returned to lift the trophy having been given the captain’s armband by Carles Puyol, in a wonderful gesture of solidarity.

Top 10 Best Arsenal Kits
Copa América Centenario: What If The Kits Decided The Outcome?
To Top